Chin Legal Group does not represent clients in any Bankruptcy proceedings.

Michael is proud to serve the residents of Snohomish County and King County, Washington. He was admitted as a member of the Washington State Bar in 2009. Michael is also a member of the United States Federal Bar. Since that time he has practiced in the areas of family law, estate planning, business planning, and criminal defense. Additionally, Michael also is well versed in the areas of tax planning. It is most important to Michael that he earns and keeps his client’s trust, and provides effective and innovative representation. While no attorney can guarantee specific results, a loss will not be determined by his team’s passions or lack of effort. 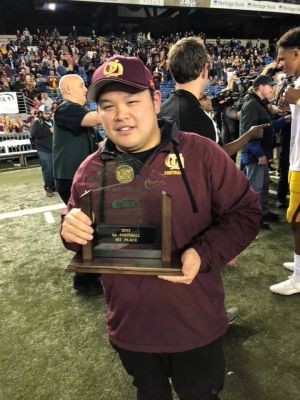 During off-hours, Michael enjoys spending time with his wife, Michelle, and their two Ragdoll cats Felix and Trixie. Additionally, he is an avid sports fan, cheering on both the Gonzaga Bulldogs and Saint Mary’s Gaels. However, no team is more important to him than his beloved O’Dea High School Fighting Irish. Michael continues to coach football for the Irish and enjoys the challenge of coaching and mentoring young men. Michael also is the former head coach and teacher for the O’Dea Mock Trial Team.

No attorney would be successful without a professional and trusted team surrounding him. Michael is proud to introduce you to his team of paralegals, Joshua Brown and Camille Orndorff. 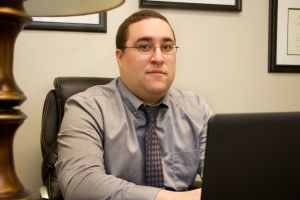 Josh is a Paralegal at Chin Legal Group, PLLC and works primarily with Michael Chin. He received his Paralegal Associate of Technical Arts Degree from Edmonds Community College in 2019. Josh is primarily involved with the family law cases assisting the clients throughout the case.

Camille has found the law very interesting from a young age and always knew she wanted to pursue a career in that field. Due in part to her inquisitive nature, she enjoys the research aspect of the job the most, but finds all of the work rewarding.

She graduated from Central Washington University in 2015 with a BA in Public Relations. During her four years at Central, she served as president National Residence Hall Honorary, participated in German Club, was an active member of Fundraising Committee, among numerous other pursuits. Camille received her Advanced Paralegal Certificate from Edmonds Community College. While there, she earned a certificate from the National Society for Legal Technology. She was also vice president of Law Association.

Camille studies and helps teach ballet locally at Pacific Chamber Ballet in Lynnwood. She has been dancing since graduating from college and finally earned her pointe shoes in 2019. She is a huge fan of [certain] Nintendo titles and enjoys playing her Switch when she has time. For the past few years, she has attended Pax (both East and West) annually.